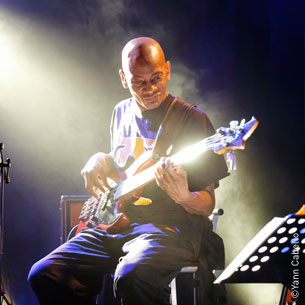 A versatile, 360-degree musician, Reggie plays Jazz, Funk, R&B, Blues, World and Experimental music with a natural and contagious energy. His bass lines are both sophisticated and explicit. He is diligent in his work and enjoys mixing people of different cultures as a way to enhance music by learning from others and sharing ideas.